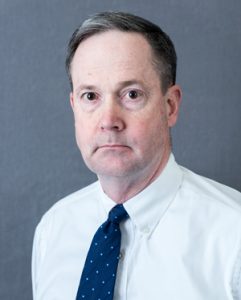 Robert P. Daday has been a member of Portnoff Law Associates since 2002 and currently serves as a Senior Litigator and heads the writ of execution department.

From 1993-1998, Mr. Daday served as Chief Counsel to the Crime Victims’ Compensation Board and Assistant Counsel for the Pennsylvania Department of Revenue.

Mr. Daday also served as Deputy Chief Counsel for the Pennsylvania Department of Military and Veterans Affairs and was responsible for providing legal services to five state veterans’ homes located throughout the Commonwealth.

From 1998-2001, Mr. Daday served as the Solicitor for the City of Allentown and was responsible for providing legal services to the Mayor, City Council, and Department heads.

Mr. Daday continues to be an active member of the Allentown community. He currently serves on the following Board of Directors: Crime Victims’ Council of the Lehigh Valley and U.S. Marine Corps Youth Foundation. Mr. Daday is a State Committee person for the Pennsylvania Republican Party and also serves as a Lehigh County Committee person. He recently held the position of County Vice-Chairman of the party. Mr. Daday also serves on the Board of Directors of the Lehigh County Bar Association.

Mr. Daday graduated from Catholic University (B.A., 1981) and Temple University School of Law (J.D. 1985). He is a member of both the Lehigh County and Northampton County Bar Associations.